India is full of vibrant culture and it is probably one of those countries in the world that has gained success in preserving the culture and tradition till now despite all the modernization. From rich heritage to exotic biodiversity, there is an abundance of wealth that fetches tourists from all over the globe to India. Home to various National Parks, Wildlife Sanctuaries, and Bird Sanctuaries, India is striving hard to preserve its flora and fauna. Preserving the Wildlife is the main concern of today and various preventive measure are thus carried out in the favor. Around the world and especially in India, Wildlife is coming to the verge of extinction and to overcome the situation, various centers that acts as a home to the wildlife are set up.

Wondering what a nature’s trip feels like? Discover the idea of it on your own in Jim Corbett National Park. The adventure and thrill of Jim Corbett is fascinating in terms of everything right from roaring of wild animals, lush greenery, beautiful nature, scintillating rivers, to the dark forests. At the foothills of the Himalayas, Jim Corbett National Park is settled with pride and is a great escape into the wild from the mundane. Home to a wide variety of wildlife species, Jim Corbett gives a perfect chance to the travelers to enjoy the sight of the wild beasts roaming around freely.

Adjoining different edges of the state, the Jim Corbett the National Park has been divided into five different zones. These zones allow the travellers to look at the animals and other species from a little distance with bare eyes regardless of where you stay for your vacation or an adventure escapade.

Bijrani Safari Zone – The Birjani Safari Zone is the most visited place as it if full of nature and lush green provided with open grasslands. The entry gates of this zone are just 1 kilometre away from the city Ramnagar.

Dhela Safari Zone – Dhela Safari Zone is one of the most visited zones of all the time due to its wealthy flora and fauna that is open throughout the year and it is just 13 km away from Ramnagar city.

Dhikala Zone – Dhikala Zone is the largest zones in the Corbett and also famous for abundant beauty of flora and fauna. The entry gate of the place is just 18 kilometres away from the Ramnagar city. The zone also offers overnight stay for the tourists who love wildlife.

Durga Devi Zone – Durga Devi Zone is situated in the north-eastern boundary Jim Corbett National Park and the zone is really beautiful for the people who love watching birds along with their chirpings. The entry gate of this zone is 36 kilometres away from the Ramnagar city.

Sonanadi Zone – Pakhro is the new entry gate of the Corbett Tiger Reserve which has developed by the authorities and it is less than 2 hours from the Jolly Grant Airport, Dehradun.

Among these zones, Jim Corbett National Park also offers wildlife and a lot of adventures and one of the best places in India is the Jim Corbett which is quite famous for the wildlife as well as other attractions. You can easily enjoy all the nearby places and numerous wildlife sanctuaries that will delight your senses to the fullest. Jim Corbett National Park is also one of the perfect spots for Weekend Getaways in Jim Corbett that are adorned with a wide range of flora and fauna species including several animals along with some endangered ones like Asian Elephant, Bengal Tiger, Wild Goat, Siberian Crane and many more. These leisure activities are considered as one of the best things to do as Corbett which is home to several beautiful birds, and amongst the common birds, you may also see Black-winged Stilt, Rain Quail, Black-necked Stork and Himalayan Bulbul.

Jim Corbett National Park offers several recreational activities as well as adventure activities around. You can indulge yourself into wildlife safari and not only this, the park also offers magnificent flora and fauna that will mesmerize your eyes. Rock Climbing, Trekking, Bird Watching are one of the most common and often tried activities that tourists usually try during their vacation. There are three types of safari’s that take place in Jim Corbett National Park. 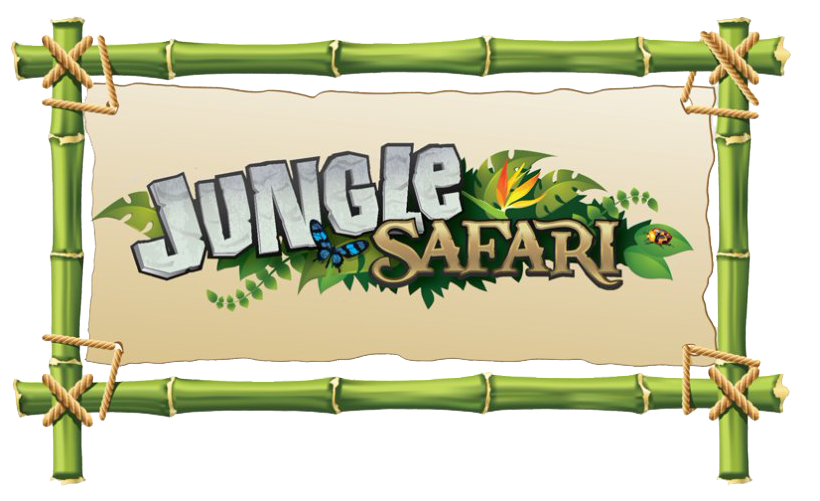 Explore the wilderness of the Jungle with your loved ones as you step inside Jim Corbett National Park. Jungle Safari is basically wildlife safari where you can also opt for a jeep or a canter and this safari take you close to the animals amidst jungle. Tourists may have safaris through the jungle of Corbett and if you are lucky enough can even see the Tigers while safari. 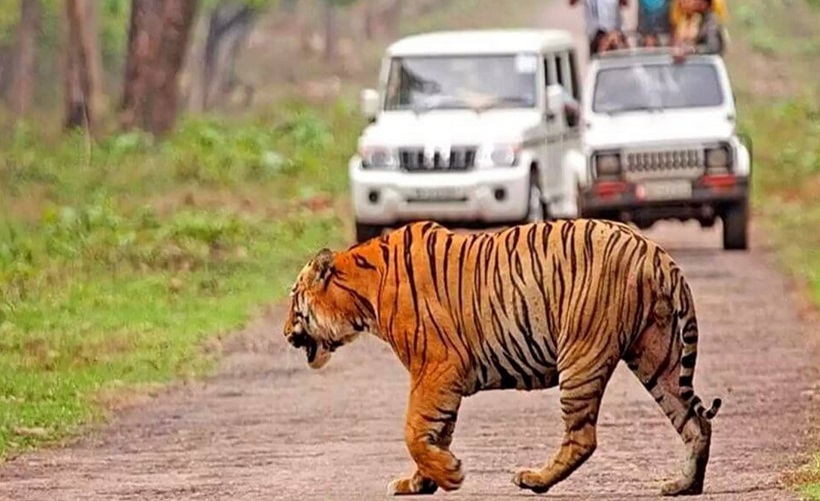 If you are looking for a true wilderness then you might opt for the jeep for the safari in the Jim Corbett National Park. The jeep has an advantage that it can enter the buffer areas too so there is a chance that you might see the Tigers. Since jeep is not that wide so you can easily explore the hidden corners of the jungle as the Tigers are usually hides in the corners. 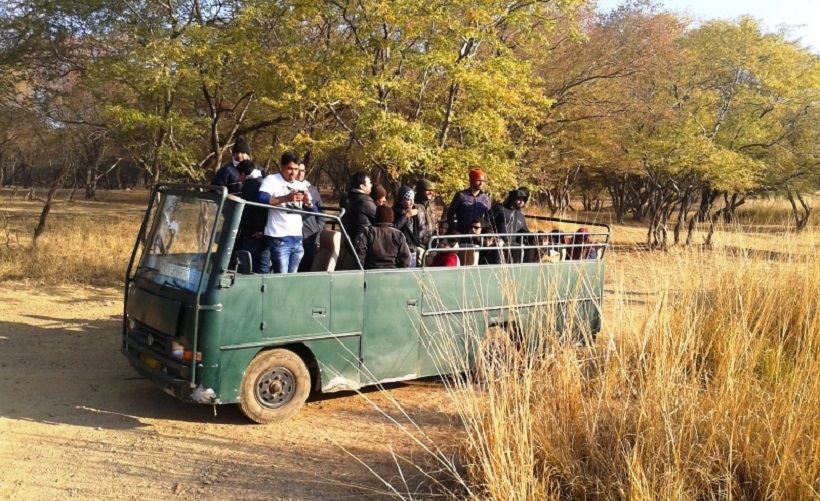 If you want to visit Dhikala zone then opting for Canter Safari is the only convenient option that you have. This type of Safari will also let you explore the wilderness of the National Park and if you are travelling with 15-20 persons, Canter Safari meets all your requirements accommodating everyone gracefully. Not only this, the canter safari is also one of the safest rides.

If you want to visit Dhikala zone then opting for canter safari is the only option that you have. This type of Safari will also let you explore the wilderness of the National Park and if you are travelling with 15-20 persons so canter safari is the best for you. Not only this, the canter safari also one of the safest for all the wildlife enthusiasts.

There are a lot of other adrenaline rush activities in Jim Corbett that include Rappelling, Bridge Slithering which will definitely trigger the blood to rush and heart to race while attempting. You can also opt for activities like fishing and angling and can also visit nearby places includes Garjia Temple, Sitabani Forest Reserve, Corbett Waterfall, Dhangarhi Museum and Kosi river. River crossing is also one of the activities that you can enjoy as it makes to reach the person the other side of the river the help of a rope.

Jim Corbett is nestled amidst the wild and the beautiful hill station is truly blessed with lush green and enchanting views and spending some quality time with your friends and loved ones would be an overwhelming experience. You get to be left with the blissful sunset, winning attractions and fireflies along with the chirping sounds of the birds from a distance will totally take your heart away and rejuvenate in the wildlife resorts and cottages in the hills doing nothing but exploring the nature world around. The resorts in Jim Corbett will surely take you close to the nature and if you are nature lover then you must visit this place and create endless memories for life-time. You can easily fulfil your dreams of making your vacations in the wilderness of the National Park with the exotic resorts in Jim Corbett.

Why Jim Corbett Is A Favourable Location For Corporate Events?

The destination is also the best place for conducting a lot of Corporate Team Outings as well as Corporate Events like Seminars, Board Meetings, or Conferences in Jim Corbett. Hanging out with the office buddies in a thrilling environment can absolutely rejuvenate anyone! Having said that, the Jim Corbett is the India’s best location as it is not only offers a wide array of space for Corporate Meetings and Seminars but also excellent jeep safari experience, adventure activities and that too with other Team Building Activities. Owing to this, the employees can get to know each other and communicate, understand each other on a better pace. The whole team can enjoy the ample time with each other and work on their bonding and also interact with the people of other department as that will help the company to grow altogether. The whole team can enjoy the entertainment nights with DJ, Cocktails and Bonfires too along with the Corporate events in Jim Corbett. Jim Corbett is one of the favourable locations for MICE.

If you are planning the corporate events or seminars for the very first time then Comfort Your Journey (CYJ) is the shoulder to cry on as it provides the best prices for Corporate Tour Packages for your Corporate Day-outings as well as offers spacious conferences venues in Jim Corbett. CYJ is a Gurugram based Travel Company that has made several corporate events successful and offer services like Video Conferencing system, Projectors, Wi-Fi and much more to enhance the official meetings. The Corporate Offsite in Jim Corbett allows the Corporate junkies to organize their workshops, seminars, business presentations, conferences, day out, adventure activities and much more in order to add the excitement to the Corporate Outings. Apart from these, we also cover a wide range of Residential Corporate Offsites in Jim Corbett around the National Park and wildlife sanctuaries so that you can take the feel of the nature during your stay.

Apart from these, we are also offering Destination Weddings in Jim Corbett with impeccable services like DJ’s, Qawwalis, Dances, scrumptious food menu and rooms for all the guests in all the Resorts in Jim Corbett. The wedding takes place in the grand spaces that are provided by the resorts selected by you. We also arrange theme parties and family and group outings for a perfect Weekend Getaways in Jim Corbett. The trained and skilled event planners have the right expertise to make your event more spectacular with full-time experience staffs. We are serving our customers with the best possible services delivered at the best possible rates. We provide out of the box and innovative ideas for 100% client satisfaction.